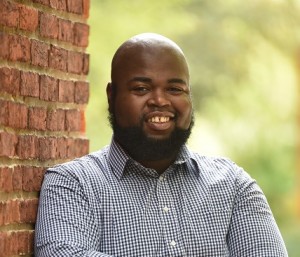 It should come as no surprise to those who know him that Donald B., who is a genuinely friendly and welcoming person, is finding success as a personal banker.

Advocating for other people and helping them make improvements in their lives — whether by opening their first checking or savings account or getting a mortgage to buy a home — just comes naturally to him. He’s so good at it, in fact, that he rose from an entry-level customer service associate to his current role as a branch consultant in less than a year.

What may be less apparent is that Donald also serves as an advocate on behalf of youth in foster care, helping them to improve their lives.

Compelled to give back

Donald entered foster care at age 12 and says that he learned early on that success is something you have to seek out.

“I met someone who was a former foster youth, and one thing she said that stuck with me is that we are not victims of our situation, we are survivors,” Donald says. “That taught me not to use my situation as a reason why I cannot succeed.”

He says that experience inspired him to want to give back and it’s what he calls on when mentoring others.

“I feel compelled to be an advocate for foster youth because I know a lot of other kids have opportunities that we don’t have,” he says. “I feel like there is lots of potential for us [foster youth] that we may not know about. If nobody taps into that, we’re not going to be able to reach it.”

Donald says he had “a unique experience” in foster care, compared to others he has met. After stays at several facilities in DC, including a foster home, Donald came to live at BCC’s Baltimore campus at age 14.

Able to leave BCC when he turned 18, Donald found a place of his own, a townhouse that he rents in the Druid Hill area of Baltimore, and has been living independently for several years. Currently, Donald is working at the bank and going back to school to earn a bachelor’s degree.

Donald credits BCC, and the staff in particular, for helping to shape the person he has become.

“BCC made me feel welcome and nurtured,” he says, adding that the staff were especially helpful when he was transitioning out of BCC and getting set up for life on his own. “They were supportive and acted like role models, showing me what success looked like. “BCC was a good environment for me and I liked it there.”

The biggest lesson he says he learned is that having a foster care background should be liberating, not limiting.