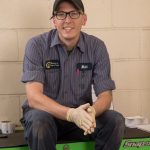 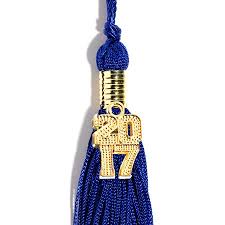 Charlie Parker, the pioneering jazz saxophonist, once mentioned to one of his bandmates that he really liked country music. Puzzled, the band mate asked why. Parker responded “The stories, man. The stories.” The stories are the best part of graduation. The weeks leading up to graduation are full of events celebrating the successes of students. Today, we invite you to follow Charlie Parker’s example and listen to the stories of BCC graduates. Enjoy!

Read more from Behind the Tassle – Aaron 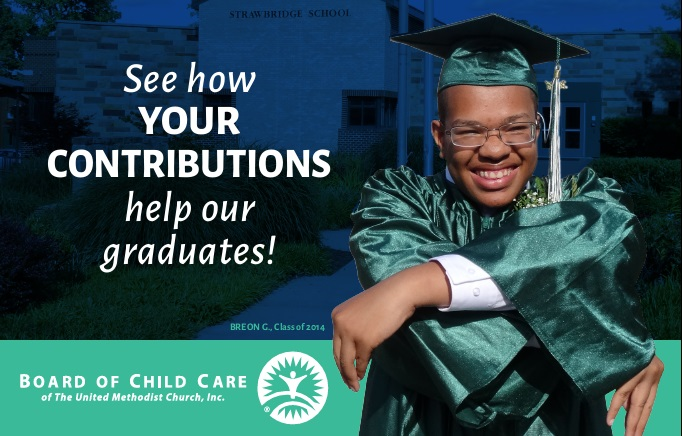 Graduation season is afoot and the Board of Child Care had much to celebrate in June!

In total, BCC congratulated 20 seniors across its Maryland and West Virginia residential programs and from its Baltimore-based Strawbridge school.

The festivities kicked off in Martinsburg, WV. Just down the street from the residential campus are three of BCC’s group homes called Campolina Way. BCC’s staff honored Sabrina L., who graduated with honors from the local Spring Mills High School.

Sabrina has been involved in the Work Exploration program for the last two years and looks forward to obtaining full time employment this summer. When she leaves BCC she will be transitioning to a semi-independent living group home.

In Baltimore, back-to-back ceremonies provided plenty of cheer and smiles. On June 8, Baltimore residential program graduates celebrated with staff, family and friends. A variety of scholarships and awards were distributed to the 11 seniors, three of which graduated from the Strawbridge School on campus while the remainder received their diplomas from the local public school they attended.

The celebration included a visit from the Mathis family and Rear Admiral (retired) William Mathis, the brother of former BCC Board Member, Jim Mathis. Both brothers are alumni from the United Methodist Strawbridge orphanage (which would later merge with two other orphanages to form the Board of Child Care).

Tim H., who attended Smithsburg More School and gave the class address, and Robert R., a Strawbridge student, won the James and Lois Mathis Award for Community Service. The Alice G. Seymour Award for Academic Achievement, presented by Rear Admiral (retired) William Mathis, went to Tim H. and Dejon L., who earned his GED on his own while living on the Baltimore campus.

Justin B., a Strawbridge graduate, earned the $1,000 Chase United Methodist Church Award, while Jason L., a graduate from Randallstown High School, and Meaghan S. from Pikesville High School, each won a $250 award of the same name. Many thanks go to Chase United Methodist Church (Middle River, MD) and to their pastor, Rev. Cynthia Burkert, for their incredible partnership and support of our graduates and their future educational plans.

Blaine A., a Strawbridge School graduate, won the Board of Child Care Award for best representing the values of BCC.

The next evening, commencement exercises for Strawbridge School recognized its nine graduating seniors. Laurie Anne Spagnola, BCC’s President and CEO, told the Strawbridge graduates that life is not to be stressed over but rather to be enjoyed and savored.

“Be kind, be silly and most of all, be honest,” Spagnola said in explaining why striking a balance between being too serious or not serious enough is important to success in life.

The annual highlight of the Strawbridge ceremony is the rose presentation. Each graduate singles out someone within the assembly who was significant to their success, walks down off the stage and hands them a single, white rose in an emotional, heartfelt thank you. Recipients this year included foster care brothers, grandmothers, extended family, BCC social workers, and Strawbridge teachers.

The star of 2016’s class was Miranda Webb, a Baltimore County resident student who attended Strawbridge and was one of 70 students statewide awarded the Michael Cardin scholarship from the Maryland Association of Nonpublic Special Education Facilities (MANSEF).

During her address to classmates, she said, “My success is because you gave me the support and encouragement to become the person I am today.” Webb will be using her scholarship for tuition to attend the Community College of Baltimore County (CCBC) to obtain a nursing certificate.

Karen McGee, Director of Operations in Denton, called Jacob, “one of the most socially conscious residents we’ve ever had – he was so concerned about the environment he started a cottage composting station for other residents and staff.”

Jacob is busy with driver’s education classes, seeking a summer job and exploring classes to take at Chesapeake Community College in the fall. Jacob is known on the Denton Campus as an avid gardener and an animal lover.

The Treatment Foster Care department also had a graduate, Brandy H., from the Academy for College and Career Exploration in Baltimore.