Both individuals have served on BCC’s Board of Directors for a number of years. Their terms conclude at the end of June. 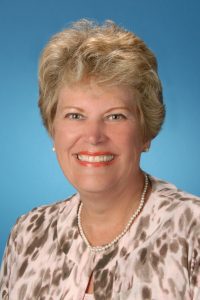 BCC’s chairperson of the Board of Directors since July 1, 2013, Jan Hayden has been one of the most visible faces of the board and on campus during her 16-year tenure.

Notable during her tenure is the leadership transition Hayden oversaw when current President and CEO, Laurie Anne Spagnola, came onboard July 1, 2014.

“I’ve had the pleasure and honor to serve this organization under her leadership. She’s a big part of the progress we’ve already made and will continue to make going forward,” Spagnola said at the Strawbridge School commencement exercises at Loyola University Maryland June 9.

Perhaps her greatest asset to the Board was her visibility and grace. Hayden was a regular attendee at graduations, holiday celebrations and other special events. She afforded every program participant respect, the occasional sweet treat, or tickets to an Orioles game.

Close at hand and heart, there was Jan Hayden. 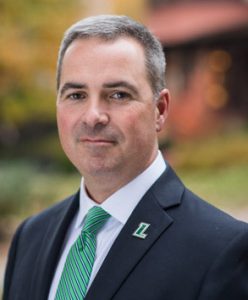 Joining BCC’s Board of Directors was initially driven by a chance referral from one of Terry’s professional peers (who was at the time a current BCC board member).

Sawyer chaired the personnel committee and even delivered the commencement address to Strawbridge School graduates in 2015 when the scheduled speaker failed to appear.

“That was the thrill of a lifetime, to be able to speak to the kids and be part of one of the most memorable nights of their lives,” Sawyer said.

Sawyer points to the friends and colleagues he has made during his time on the board as another fond memory and hopes they last well beyond his service. He points to a deeper, more intimate understanding of what it truly takes to care for a child whom society and circumstances have not been either fair or kind to.

“It has been an honor to be a part of this organization and will always remain a firm believer in its mission,” Sawyer said.

Read more from Thank You to Jan Hayden and Terry Sawyer!